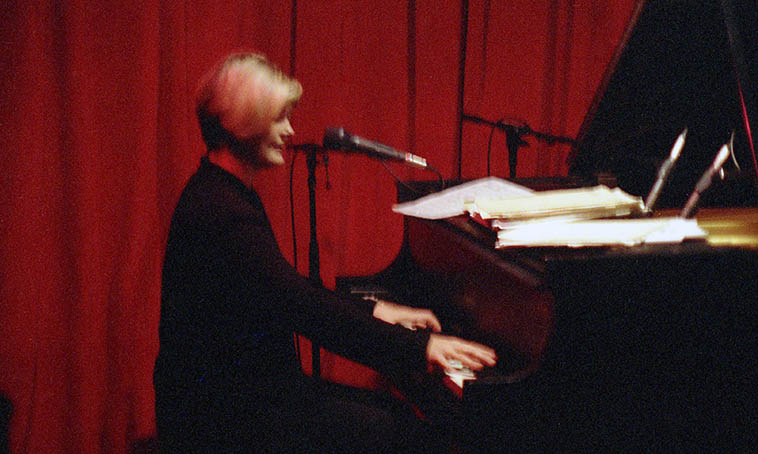 Dena DeRose ——- August 18, 1997 — photo by Mark Weber — some types of film drift over the years and get fuzzy, the center won’t hold, as Yeats had it — looks okay, I wouldn’t want a steady diet of those, but I do like —– Her first Outpost Performance Space appearance . . . .

Why are people embarrassed to sing?
Like me, I’m reticent about such things,
although, I have sung, I sang on the Outpost
stage, once or twice, I was in this band
and I think I drew the short straw, so
it was me, I’ve sung other places, but
I can barely imagine it, that wasn’t me,
it was someone else, I even sang at
my mother’s funeral last year, but that
time it just came out when words
failed me, I hadn’t planned it, there I
was riding the reverb, tuning into the
room, singing a wordless song, but why?

There’s a theory that as we created a
language that flowed, we sung, that
sentences with connected words come
from singing, when before, we spoke
with a series of unconnected metaphors
“bird sky tree” see the bird in the sky,
now he’s sitting in a tree —
they think we learned a lot about singing
from birds, chirp chirp,
but, why?
Singers must be from another world, some
other place, come from elsewhere . . . .

I’ll ask our guest today why we sing (or
why some of us sing and others don’t) what
ancient impulse brought about singing?
There’s speculation that Neanderthals
sang, like a bunch of sinatras, singing
in the valleys of Europe, or gene kellys
singing in the rain, there was more rain
back then, splish splash I was takin’ a bath

Our guest today, Dena DeRose, is one of those
other-worldly creatures that sings —
We’ll ask her to tell us about it. 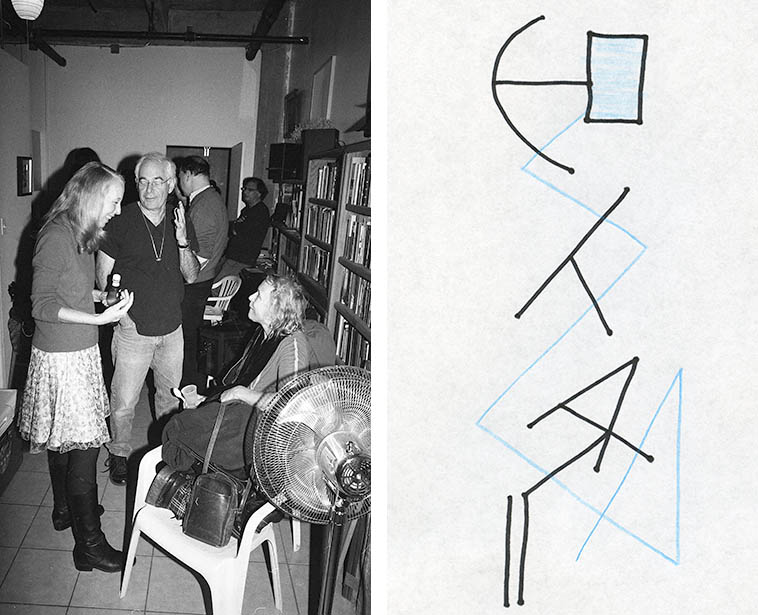 Kazzrie Jaxen, Joe Solomon and Alexa Fila (sitting) at Connie’s loft in Williamsburg NYC — November 16, 2o14 — photo & line drawing by Mark Weber — We listen’d last week on the show to singer Alexa Fila’s CD with her teacher Sal Mosca, in duet, A WORK OF ART (Zinnia Records) and I believe is her only formal release and superb 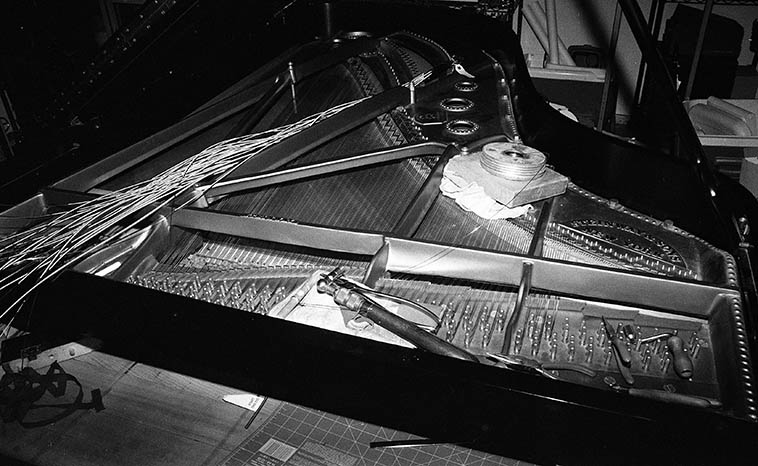 The new (1960s) Steinway B (7-foot) being renovated by Fred Sturm in the Outpost workshop & storage — January 20, 2o16 — This is the piano that will join the Steinway A on stage May 5 & 6 for dual piano workouts with Kazzrie Jaxen, Virg Dzurinko, and Carol Liebowitz — Donated to Outpost Performance Space by Bob & Anita Feld (Steve’s parents) — photo by Mark Weber 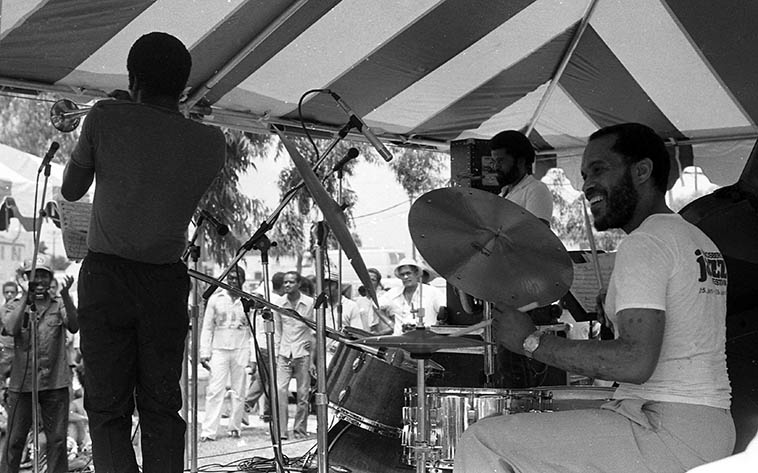 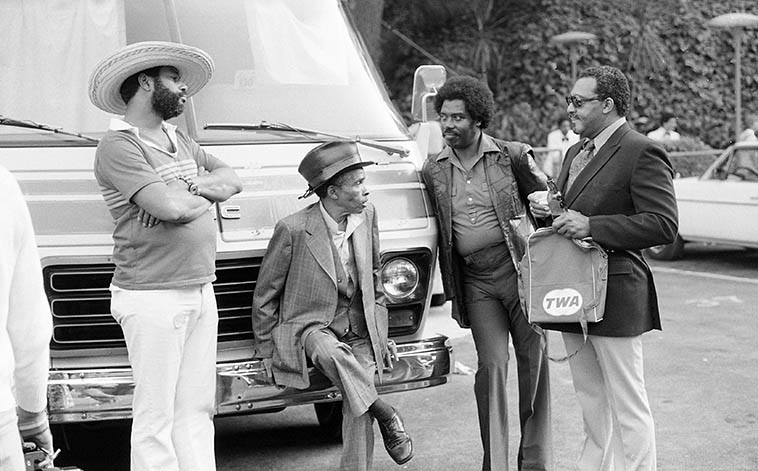 A moment of stasis backstage at Hollywood Bowl during the Playboy Jazz Festival: the two guys in the middle are Lammar Wright Jr (hat) and Harold Howard, both trumpeters — the gentleman on the right might be with the Basie band — June 19, 1982 — photo by Mark Weber — Lammar was a complete crack-up to hang with, he was full of stories of the bebop days and so forth, me and Harold laughed for years, after Lammar was gone, over his retort when an old friend asked “Lammar, how come you didn’t bring your horn!” and Lammar barked “BECAUSE I’M NOT PLAYING TODAY!” 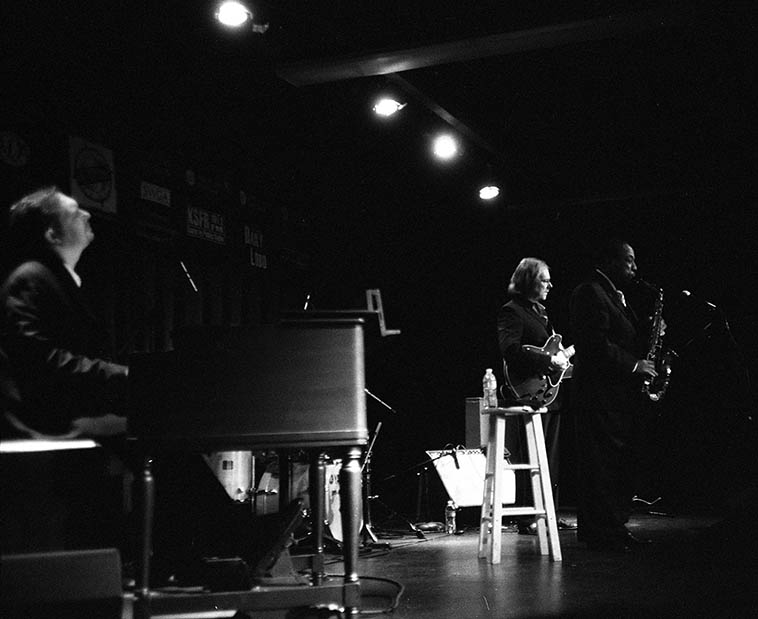 Lou Donaldson Quartet made us all believers this night of May 27, 2o10 (has it been that long ago? the memory is closer) — Randy Johnston, guitar; Fukushi Tainaka, drums; Pat Bianchi, Hammond B3 — photo by Mark Weber at Outpost Performance Space, Albuquerque USA 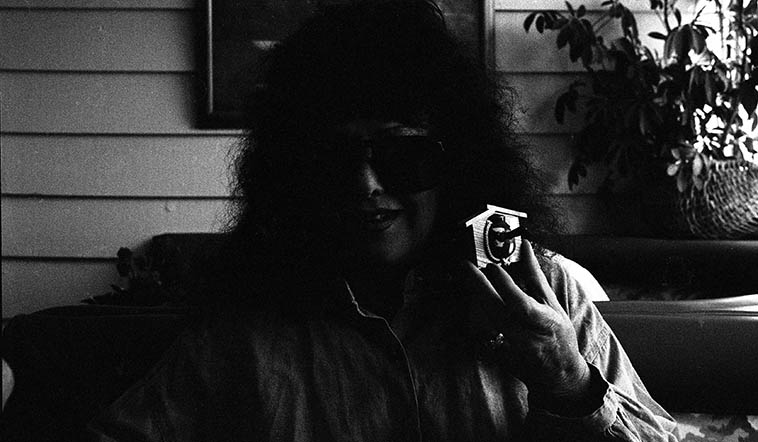 Joan Jobe Smith, the poet, publisher, pie maker, and my friend — April 18, 1995 — photo by Mark Weber in Long Beach, California — Joan always has her shades on — Everywhere — She has a sensitivity to sunlight — I think she even wears them to bed 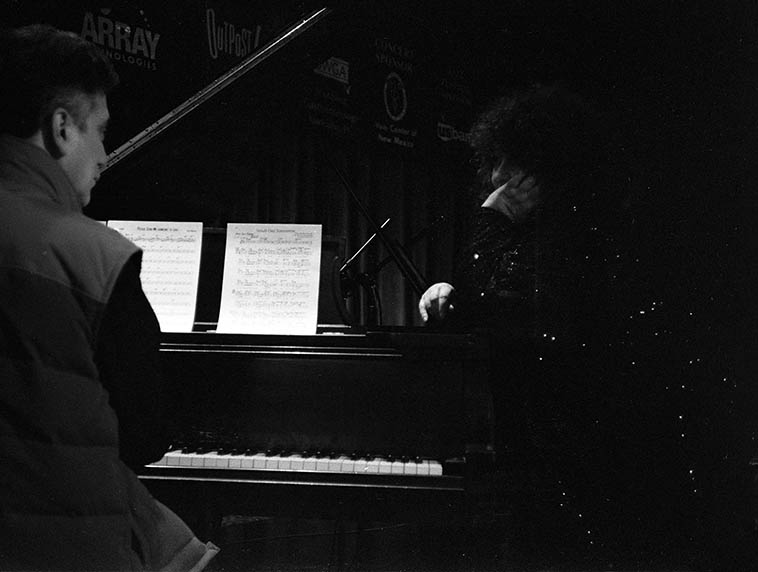 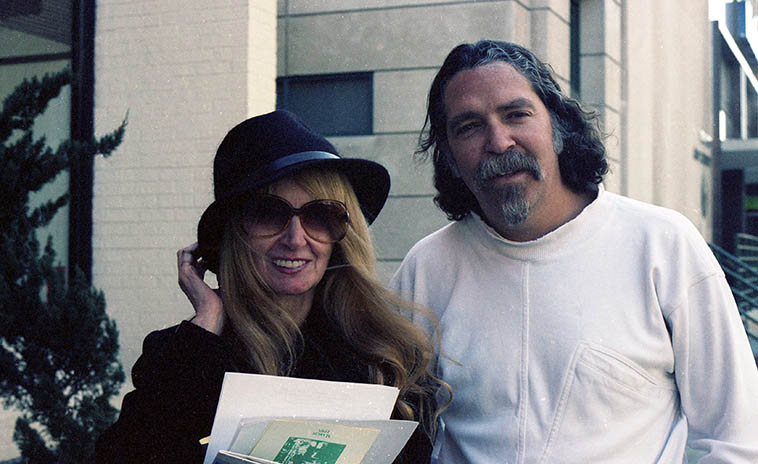 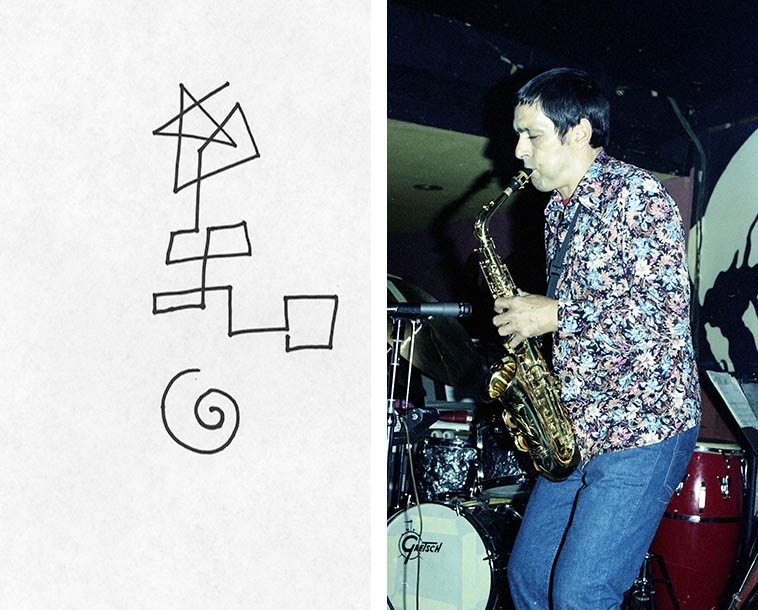 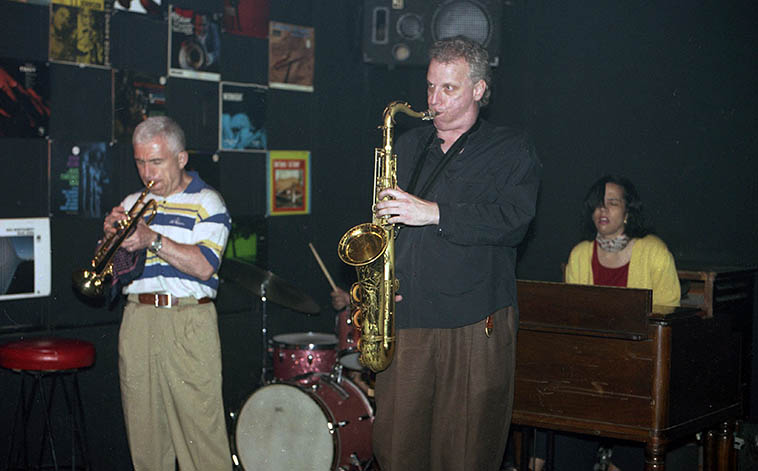 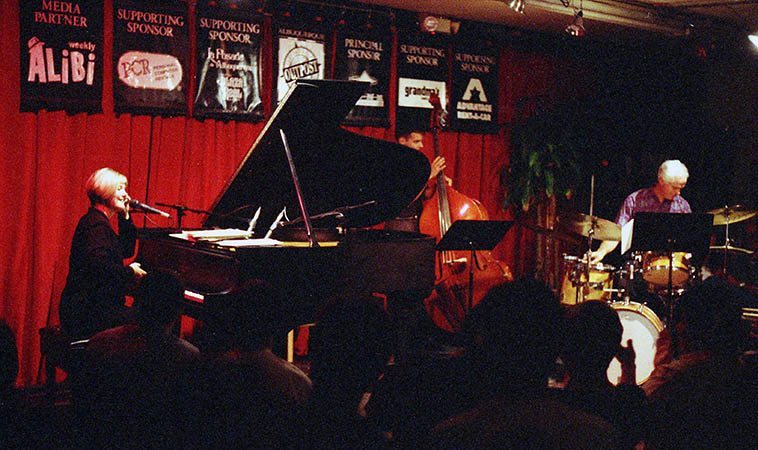 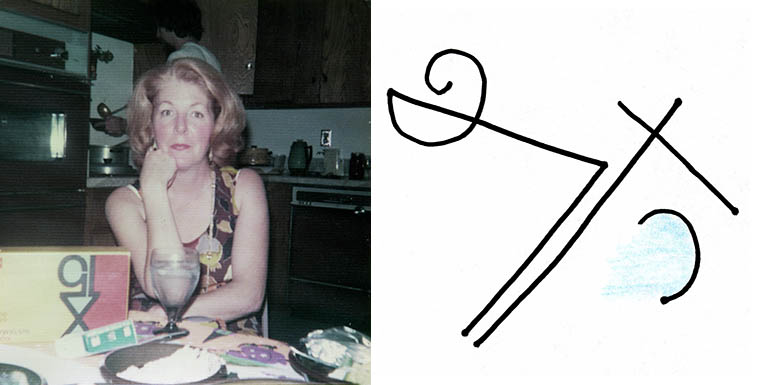 Maybe we originally sang out of sadness? 1977, that’s the year my Mom got sober, I don’t know who took this photo because that’s me behind Mom serving myself a bowl of chili in her kitchen