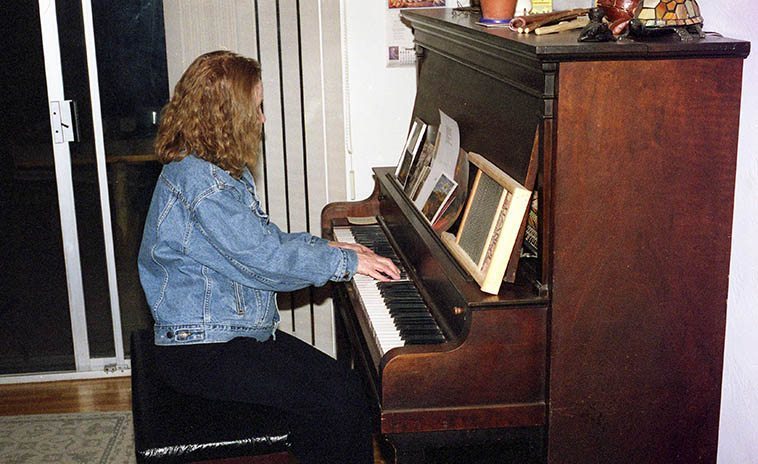 THE WORLD OF CONNIE CROTHERS

Today we’ll pay tribute to a person who gave her all to music. Connie never backed away from the edge, she always jumped right in. The deep end. We could use more bravery like that in this world.

Connie Crothers was teacher, friend, ally, and advocate to so many over the years. Today we’ll not only spin some of Connie’s music but also the music of her “associates” (a term she preferred).

Connie was one of those New Yorkers that read books (she was a refusenik as regards television — never had one), went to art galleries regularly (she had many artist friends, one time when I was there she was on the telephone with sculptor Deborah Masters), poetry readings (she attended a Theodore Roethke reading during her Berkeley days “it left a powerful impression”), films occasionally (I remember her and Max were big on that documentary about some tagger/graffiti activist), her evenings (when not teaching her three days out of the week) were always out on the town either playing, jamming, sitting in, or bearing witness. Her last years were a flurry of new musical associations performing with New York (and Detroit) free jazzers of every stripe while always keeping weekly rehearsals with her quartet. 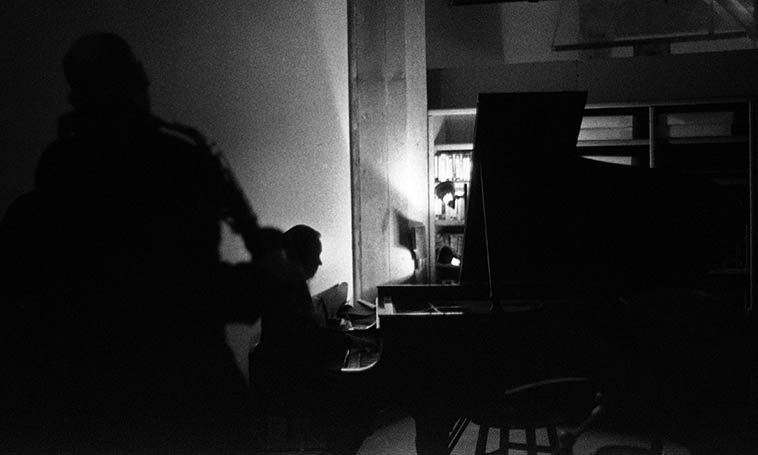 This session is at Connie’s studio in Williamsburg after we had spent all afternoon at Sal’s in Mt Vernon, riding the train up & back, and she still played all night — December 4, 2004 — photo by Mark Weber (that’s Richard Tabnik on alto saxophone) 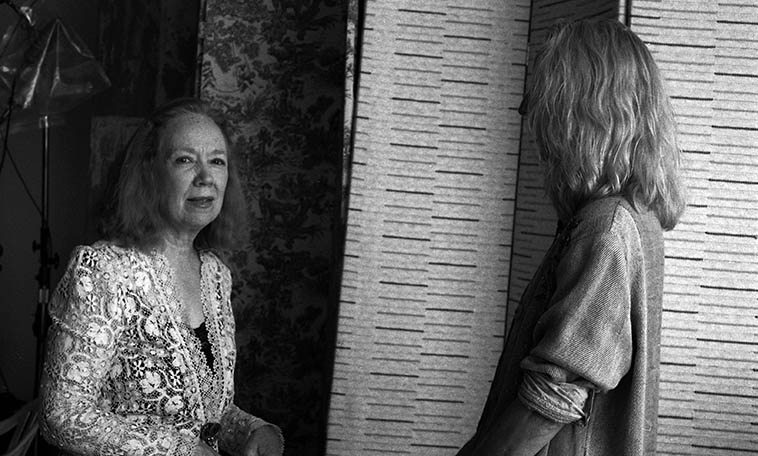 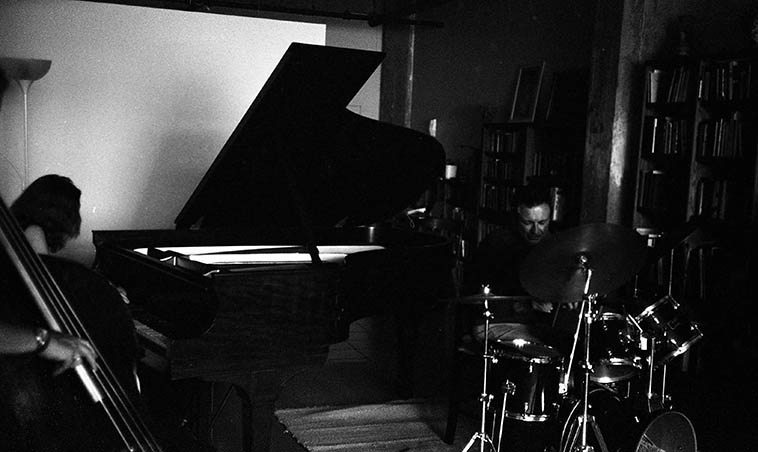 Jam session at Connie’s: Ed Schuller, bass; Roger Mancuso, drums; Connie Crothers, piano — August 24, 2o12 — photo by Mark Weber — Roger first met Connie in Greenwich Village early 60s at a club where Lennie was playing, he is on her first album PERCEPTION (1974) which at the time of it’s re-release on the Inner City label I was the Los Angeles correspondent for CODA and that magazine had all the writers list their favorite records and in 1980 I put that record at the top of my list, it just blew me away. It wasn’t till sixteen years later that I got acquainted with Connie. 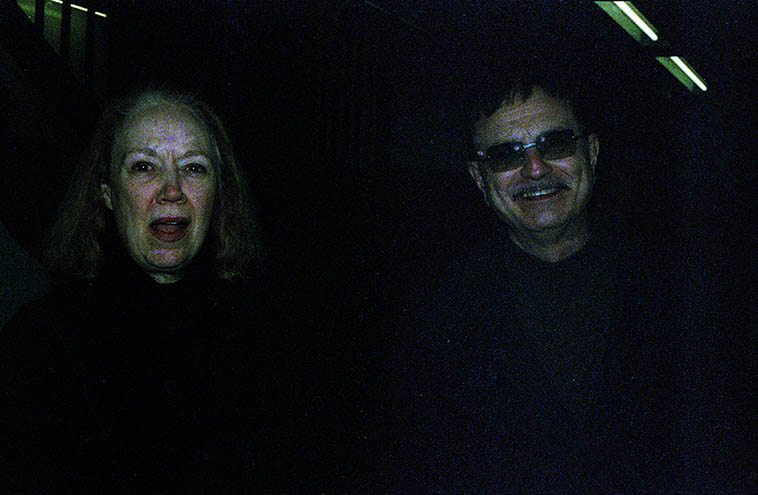 Connie Crothers & Roger Mancuso — We’re in the NYC subway system going somewhere I forgot where — December 5, 2004 — photo by Mark Weber — I have a notebook entry that says CC could be mercurial, which given the dimensions (one of her favorite words) and interweavings of her life is not hard to believe — One time on the telephone I was remonstrating over some issue with a poem I was endeavoring to breath life into and beating myself up she said, “Mark, as long as it’s real” — which has been a touchstone for me ever since . . . .

Song for a Seagull comes to mind, sung by Andrea
She adapted to city life
told me in the early years you couldn’t find a good cup
…………………….of coffee, the food in restaurants
not much better —

She took work as a typesetter
and studied piano with Lennie
Water is turbulence and placidity
Water is everything
Water is solid, if you approach it too fast
…..it solidifies into a barrier

You could say the piano is a boat
but what if the piano is really the ocean?
Then the pianist would be a sailfish or a Manta ray
surging with the sea tides 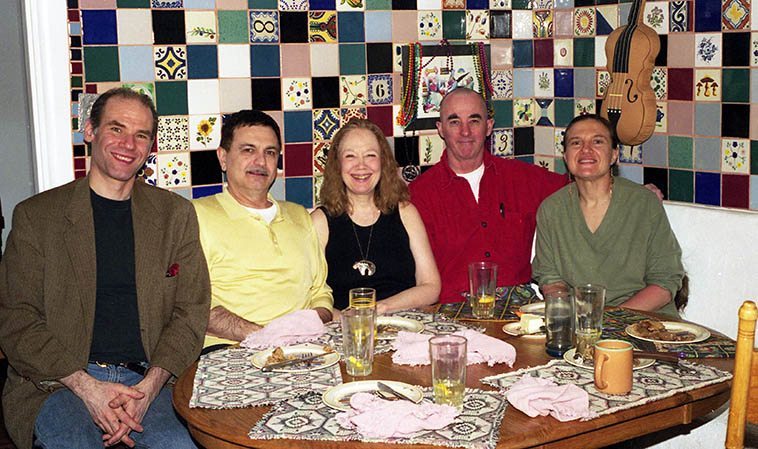 We called ourselves the Warne Marsh Appreciation Society — That’s Janet & my kitchen and the tile job I did, you like? Left to right: Richard Tabnik, Roger Mancuso, Connie Crothers, David Parlato, Janet Simon — March 25, 2001 — photo by Mark Weber — They were in town for a concert at the Outpost. 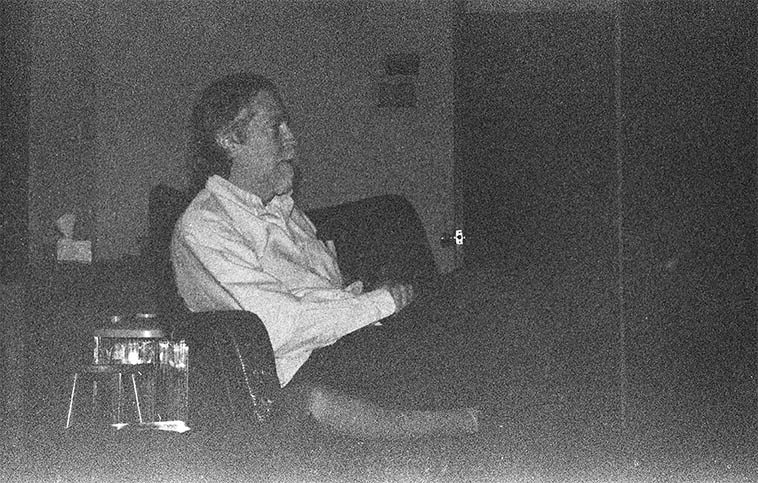