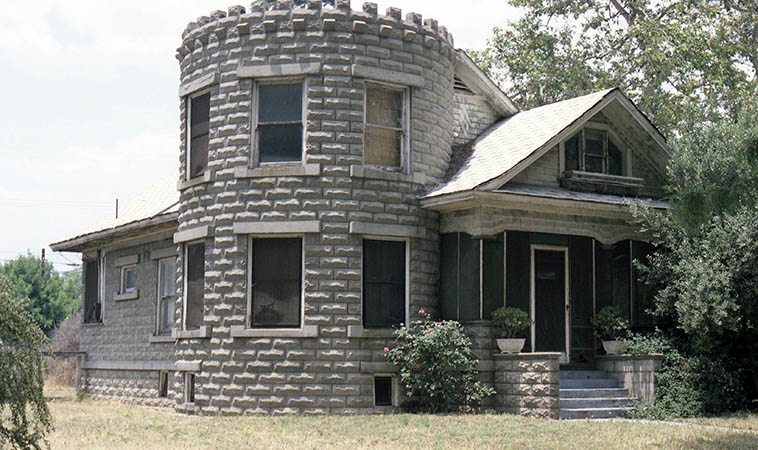 As a kid, riding along in the backseat of my parent’s car, this mysterious house used to fascinate me no end —- I took this photo many years later (July 1979) to commemorate my memory — The house is on Euclid Avenue, just north of 9th Street, Upland, California — photo by Mark Weber

You can almost hear that ancient bell ringer
……………….heaving to the rope —
Do you remember that? Up on a hill where
the cathedral used to be before the last war

They say that dogs can sense when an earthquake
is coming, which might explain why they’re barking
for miles around

Reminds me of the Battle of Maldon,
I hope
we’re not being lured into a trap

They say there’s going to be another debate —
Why? They should just suit up and have
a wrestling match

Remember Haystack Calhoun? He was a
600-pound wrestler on TV, he’d get up on the ropes
and leap out over his opponent and squash him

Man, that must have hurt.