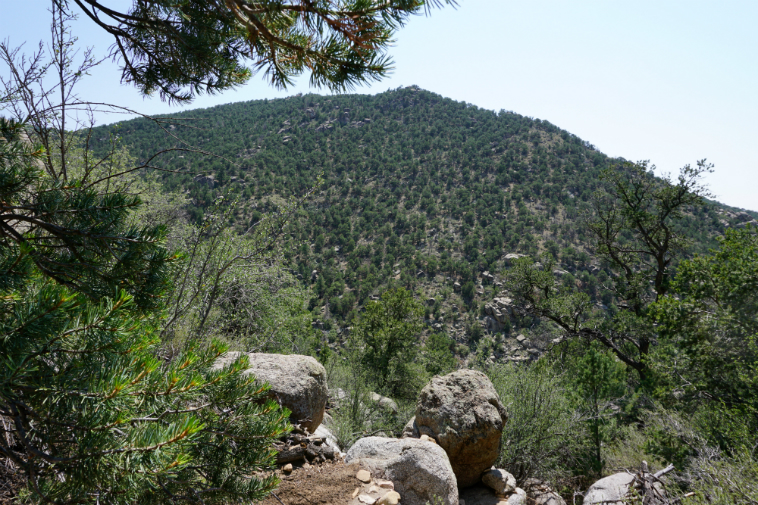 Trying to get out of it
Isn’t so easy —- it’s been your
Daily life for so long, it’s more
Than
Ingrained, it’s who you are:
Completely overtaken by the disease
Like a broad river flowing to the sea
There’s no diverting it, even a dam
Must have an outlet, lightning
Bolt is its kinship, a wraith at the helm,
You are not out of control, this nightmare
Of a life cannot be
Psychoanalyzed, you wouldn’t psycho
Analyze diabetes would you?
The disease owns you and will not be denied
It will do everything in its power
To stay alive, you are the legs and eyes
Of the disease, drink deep drink long
Drink the birds out of the sky
And the sky out of the sunset
So drenched are you, no, it’s
A rare luck you find
Your way out of it 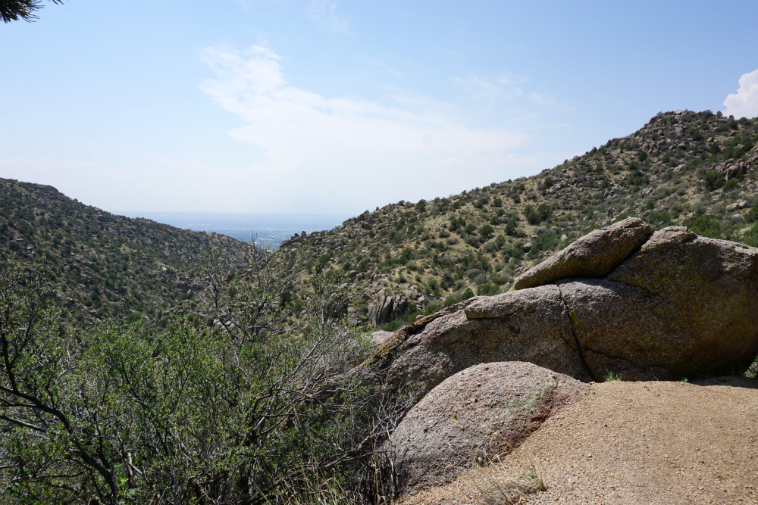 Albuquerque as seen from the Sandia Mountains —- August 8, 2o18 —- photo by MW

Another old one I haven’t heard in awhile:

For many years alcohol works for you, is this magic potion that seemingly makes everything easier, more fun, moves things along (at least, that’s how it is for people with the alcoholic gene). Then it starts to turn on you, your personality is replaced with the addicted personality, also your body starts to break down under the constant assault of C2H5OH, it’s a progressive disease.

After some years of sobriety things even out, by which I mean, and I gave this some considerable thought a couple months ago: Each of the early years of sobriety have a different flavor, you have cast off an evil spell and are waking up to life, this disease is a monster, but, and so, I concluded (it’s really not that important) that after seven years it’s all the same, there’s no great plateau at 24 more than 7. That’s why at meetings I still have tears (and they are not tears of happiness, but of remember’d agony) when we hand out 24-hour chips, one week chips, 30 days, 90 days —- Can you imagine a person who has psycho-physiologically fell down the rabbit hole of addiction stopping for 24 hours? Or a week? It’s truly miraculous, and it’s not due to willpower (that’s a deep concept I won’t go into here). And it’s why and how I can observe someone in public and sense they are in the program, they know how lucky they are to have shook off the monster. As well, we can suss out fairly easily who’s merely a yahoo sloppy drunk person (an amateur as we say) and a person who is a member of the club, and doesn’t know it. It’s also why we have a saying: There but for the grace of God go I. And also why many of us say a little prayer of thanks every night before bed, thanks for another day of sobriety. It was 24 years ago (August 1994) on a business trip with Janet to San Francisco (her business, my business was . . .) I was spiraling further downward drinking Scotch and beer (I always say it was Clan MacGregor that kicked my arse) and I met my future sponsor Jim Gove, who wanted to put me in hospital there and then, but we flew home to Albuquerque and a week later with a rope in hand and the patio beam picked out I was going to hang myself —– I stress here that I am not unstable —- You just can’t mess with a drug as powerful and destructive as alcohol (Sheila always says “cunning, baffling, powerful”) and not come unhinged —- I had been in ten jails of California behind alcohol and drugs (4 times in one of them) and 3 lockdown 28-day hospital detoxes, and, in a word, was at the end of my rope. And it wasn’t the first time I committed suicide (unsuccessfully you might notice)(that’s another story) —- Janet came home from work and I said you better take me to the hospital (Kaseman Presbyterian) and so August 19 was my first, well, not my “first,” I had quit many times before, so, maybe better to say August 18 was, so far as grace holds, my last drink (in AA parlance my birthday dry date is 8/19/94 you’ll see it written). And not unlike Bill W in Towns Hospital NYC 1934 who had his white light experience where his whole room was infused with this otherworldly light, I had something similar, sans the light, where on my 3rd day I knew it was over (I was 40 years old) and this knowing was complete: It was over. And I told myself to turn myself over to whatever the therapists, counselors, doctors, and AA had to say, and I wrote in 4-inch letters on our bathroom mirror, using a bar of soap: SURRENDER, and that’s what I did, and for the next year I let them re-wire me and put me back together, where all the king’s soldiers and all the king’s men had failed, and so, that’s my story . . . It was a long time ago, and not so long ago. 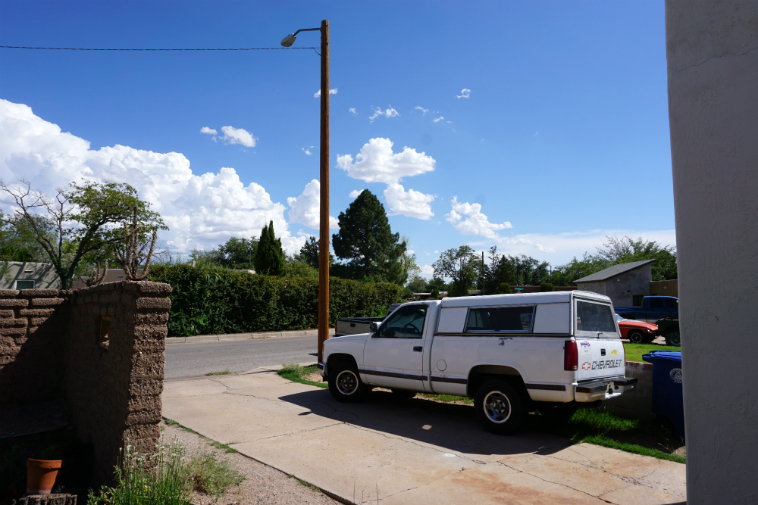 Not sure why I’m publishing this journal entry (above) —- the usual excuse is that maybe someone will be saved by it —- but, nobody and no one can stop this particular condition (“just stopped by to see what condition your condition was in” indeed) this disease can only be halted (not cured) by the one entangled in its web —- “Interventions” never work, are a crock of bunkum, often complicating other aspects of relationships (ie. “Fuck you, mind your own damn bid’ness”) never do they achieve the intended well-meaning results —- I once asked my Mom, who was a drug & alcohol councilor at Kaiser: “How come you never said anything to me?” She was too hip, said: “Would you have quit?” knowing full well that it wouldn’t have worked —- that’s what Sheila means when she caps me with the refrain (I can’t tell you how many times I’ve heard her say this): “cunning, baffling, powerful” —- this disease knows every trick in the book to keep itself alive, in YOU, having taken over it has no intention of turning you loose, with its: addictive narcissism, addictive logic, rituals that bind you to the lifestyle and belief system of drink, drifting into acts of self-betrayal and delusion: Fun stuff let me tell you! That’s why those of us on this side of the river look back incredulous, “WHAT were we thinking!? Were we insane?” Don’t answer that. The Gods already know the answer. 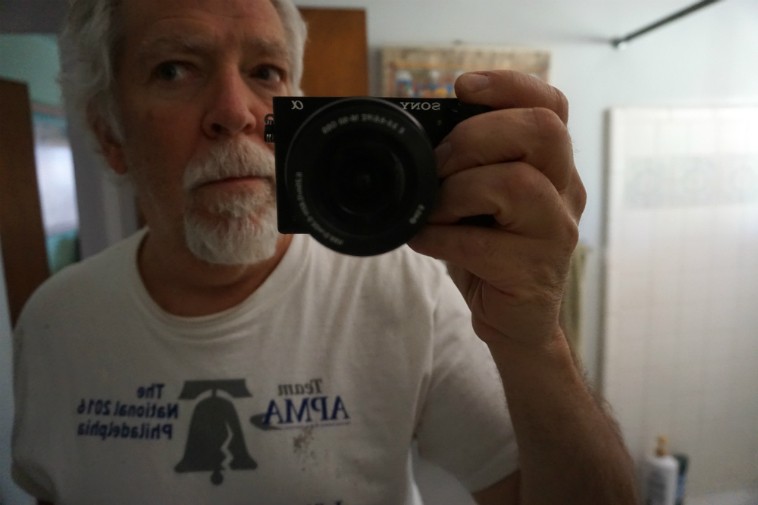 It’s not like you’re drinking all the time, not unless you’ve made it all the way to skid row ———- Mostly you go about your life, hold down a job, pay the rent, read books, Sunday dinners with the family, go to the beach, listen to the radio, work on your car, watch TV with friends, watch Johnny Carson before turning in, early morning get ready for work day, kiss the wife good morning, dream of a mystical life living deep in the mountains, sample good wine, drink English stouts or Mexican lagers, fall in love with Guinness beer but can’t afford it on a regular basis, drink Coors (until 1975 when the taste changed), switch to Bud Light, test out whiskeys, stick with burgundy usually Paul Masson or Inglenook in a jug, dream of living in a cliff house overlooking the ocean, fantasize about not having to work 40 hour a week grind, dream that you can make it as a jazz journalist, try real hard, drinking doesn’t really get in the way (so it seems), you don’t miss days at work or do violence while intoxicated, but you do set aside Friday and Saturday nights for drinking unrestrained not having to show up the next day at work bright-eyed and bushy-tailed, you drink “moderately” in the evenings during the work week, your conversation contains references to drinking, however innocent, for years you never have hangovers, then all of a sudden hangovers are a near-constant companion, you try various nostrums like aspirin and menudo but nothing alleviates the headache except a bloody mary, gawd what more appropriate name as ever there has been: Bloody Mary down the hatch the devil take the hindmost, you start carrying a flask, you start identifying with Bukowski and Hemingway: you’re in the fraternity of hard drinking writers, you’re getting sucked down into delusion, you hang tough, you’re a tough guy you can take it, it’s all worth it, life isn’t no gawd damned bowl of cherries you wussies, you get in fights, real fights with fists and blood, you change cities, you become disinclined to work a regular job, you’re unaccountable get away from me, you find a job you can attend to whenever you feel like it (like construction or auto mechanics), you don’t answer the phone anymore, you gather up all the spare change on your bureau and roll pennies into those little paper rolls, you get good at that, there’s ten years of pennies in that clay pig, the idiot clerk at the cash register accuses you of filling the paper rolls with cement, he weighs the rolls staring at you like you’re a lowlife scum, he reluctantly sells you the vodka, you don’t care, you just don’t care, you drink and pass out, you drink and call “passing out” sleep, whatever you call it you’re gone, everything about you is drunk, you have the shakes and your gums bleed you spit up blood, you vomit every day at least twice, you become a pro vomiter, very efficient, drink, vomit, cry over the stupidest things, quit, you try quitting for a week or two “to get myself together” after which, only a glass or two or three after dinner, a week later you’re sloshed again and writing long drunken poems on your typewriter, pure genius it is . . . .