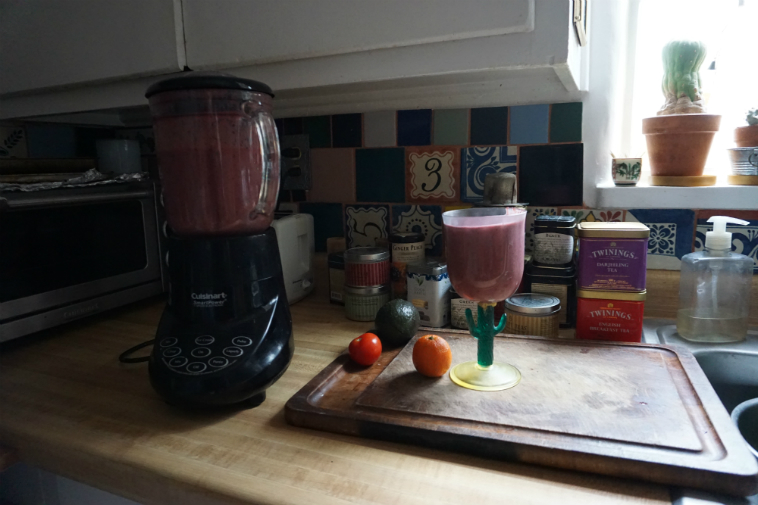 IDYLLS OF A RETIRED MAN

including all natural things:
apples from up north, oranges from
California, avocado from Mexico
frozen berries from Maine, a banana
from Cuba, pineapple from Hawaii,
turmeric in juice form from a jar,
a greenhouse tomato (it is December in this poem
in the Northern Hemisphere),
wheat germ, powder’d whey protein,
I like to think the tangerines (2) are
from the upper peninsula of Thailand near
China where they originate, where Homo
Erectus must have added to
his own smoothie, cranking up the blender,
tossing in another tomato, except they didn’t
have tomatoes in that part of the world, yet,
so far ago —-
This smoothie is for Janet before she
runs off to work this morning (I’ll
have mine later) as natural as it
can be —-
I think of that poem where
Joseph Somoza says Everything is natural,
if you think about it —- That’ll give me
something to do after I gun the throttle
on this blender: Go find that poem, it
resides in its natural state in one of
5 books of Joe’s poetry on our shelf, hey,
don’t forget the kale 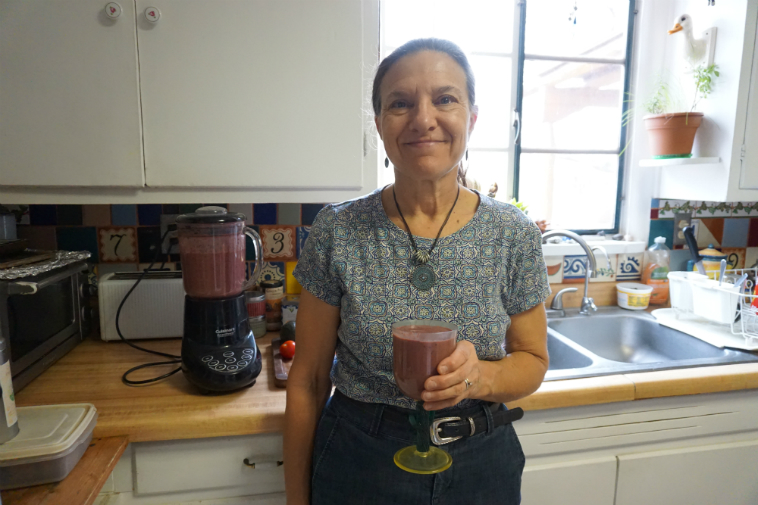